The 'Tales of' heroes return to smartphones 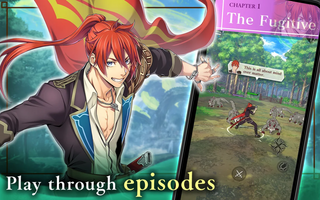 Advertisement
Tales of Luminaria is a game from the Japanese 'Tales of' franchise, where you will experience adventures and fight alongside the most legendary characters from this saga. Bandai Namco brings you a new story that still keeps the essence of previous installments. Giant creatures continue to take on new shapes and will put you to the test in epic battles where you must prove your strength.

There are 21 characters from this saga in Tales of Luminaria. The recent launch of Tales of Arise on PC already gave you a taste of the narrative journey that the developers are looking for for this universe. Now, with Tales of Luminaria, you can find a fully touchscreen-adapted game that lets you battle anywhere.

According to Tales of Luminaria's own creators, in this installment, you must join all the characters' different skills to defeat all the beasts. Additionally, the visuals keep the aesthetic of other games and you can find superimposed 2D characters onto 3D environments. This creates an interesting feeling of depth that makes each game more exciting.

Tales of Luminaria immerses you in this land where monsters and heroes meet in epic battles. What's more, the launch of Tales of Luminaria: The Fateful Crossroad has also been confirmed. This series will complement the universe through the new 'Tales of' line and improve your gaming experience.
Reviewed by Carlos Martínez Translated by Eloise
Advertisement

Why is this app published on Uptodown?
(More information)

There are opinions about Tales of Luminaria yet. Be the first! Comment

Similar to Tales of Luminaria